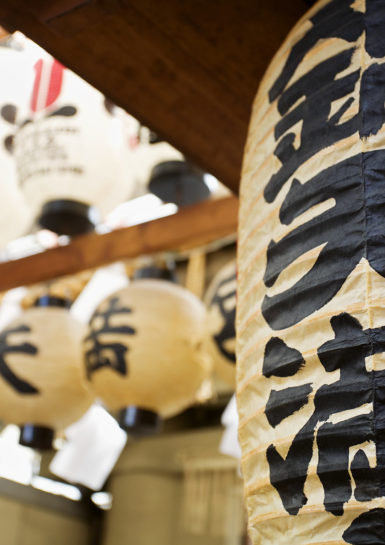 A ZENsational concept throughout CommonSensei is developing mental strength and focus. The Japanese refer to this as “SHIN.”

The ideogram (kanji) SHIN 心 can also be read as heart ❤️, so the definition can blur a bit.

As a lifelong Sensei, I share my “6-Shin” Spirits of the Samurai with my students. These mindsets are a staple in Budo (martial way) and an integral part of how I teach/preach at Allegheny Shotokan Karate (Sensei Says and CommonSensei curriculum).

I share from experience, and much of my experience is rooted in traditional Shotokan karate-do (heavily by influenced by a Samurai-style way of life). These warriors called bushi (武士) are famous for their Zen (禅) mindsets, born from a school of Buddhism. Their “way” of life has manifest in hundreds of martial arts and Japanese culture in general.

Zen is derived from the sanskrit word dhyna which means adsorption or meditative state. Simply put, Zen monks use meditation to study and master the operation of the “mind.” While today we can’t spend 24- hours in a temple meditating, we can still do some mental push ups to pump up our focus muscles.

A “peaceful warrior” is akin to Yin and Yang. The calmness associated with Zen is in stark contrast to the bloodshed of living and dying by the sword. The Chinese concept Yin and Yang literally meaning “shadow and light” are polar opposites, yet interconnected complementary forces. The unseen (hidden, feminine) and the seen (manifest, masculine) can be described as war & peace.

Samurai (侍) “one who serves” were men of noble birth who dedicated their being as protectors of the imperial court. The katana was representative of their soul. Where does this stone cold attitude come from? Zen of course.

The purpose of a Zen mindset is to eliminate all distractions (aka mind over matter). Famous Samurai, Miyamoto Musashi chronicles Zen mindfulness in his iconic book, The Book of Five Rings.

“In order not to have your mind off to one side, it is necessary to place it in the center and move it calmly so that it does not cease to move even in moments of change.”

A samurai is “Ride or Die” (death before dishonor) in modern lingo. Just like Italian mafioso follow Omertà  (code of silience) or Knights follow a code of chivalry, Samurai followed the code of bushido. Bushido (way of the warrior), is typically categorized by 8 marital ethics:.

Sensei Says 🥋: Just remember just like a gangster who rats out his friends, not all Samurai followed the code, after all they are human. Some could be cowardly, rouge, treacherous and disloyal to their lord.

Samurai are known for their impeccably crafted sword (their soul), efficiency in battle, and unbreakable mindset. Although influenced by Confucianism, Shinto and other philosophies, Zen mindset cultivated the warrior spirit. Samurai were the elite warriors both feared and idolized by their peers. In words of Austin Powers, “Women want him, and men want to be him.” Samurai were alpha males, but its their mind that was so sought after.

Samurai were… let’s say unique. Known for reckless bravery and ability to desensitize and embrace death, the bushi were experts in mental warfare. That fearless mindset takes a special kind of crazy, I mean training. Samurai weren’t dummies though, they were in fact highly educated and excelled in other arts such as calligraphy, tea ceremony, poetry (haiku). Zen “one with the sword” gave the bushi a mental (edge pun intended).

*Disclaimer. I am not a Buddhist, but appreciate the functionality of Zen, and the tranquility of minimalism that can compliment Christianity or any belief. You can 100% separate religion from these techniques and make them part of your own methodology:

Without further ado, here are the 6-shin.

Shoshin is Zen term for “beginners mind.”  It is a mindset or state of awareness the remains prepared to see things for the first time. I liken it to the eagerness of a white belt or a toddler.  This is an attitude of willingness to learn. When a baby born into the World, their eyes are wide open trying to absorb as much information as they can, like sponge. So open your mind to new things, otherwise you will not grow. Anti-shoshin is a 10th degree black belt or professor who refuses to listen to anyone anymore. They think they “know it all.” Shoshin is “learn it all.”

The spirit of zanshin is the state of the “remaining mind.”  It is often described as a sustained and heightened state of awareness.  In karate technique terms, true zanshin is a state of focus or concentration before, during, and after the execution of a move.  It’s like never letting your guard down.  勝って兜の緒を締めよ

After victory, tighten your helmet strap

Zanshin is the state of mind that allows us to stay spiritually connected, not only to a single attacker, but to multiple attackers. It like a force field or radar, scanning the area for trouble. I like this example of Zanshin. The mind is always “lingering” ready to take action.

Mushin is something I discuss often especially when practicing mokuso.

Mushin is having a mind “not” fixed or occupied by thought or emotion…thus the mind is open to everything.In this state you can be to everything. Mushin is free from anger, fear, or ego during combat. In terms of Kumite, I like empathize this mindset as “no fear.”  You feel no pain, you are unstoppable. No mind also means no ego.

Mushin is often described by the phrase, “mizu no kokoro”, which means, “mind like water”.  The metaphor describes a pond that clearly reflects it’s surroundings when calm, but whose images are distorted once a pebble is skipped across water.  I equate mushin as being in the “zone”. Body just takes over with no thought.  Michael Jordan used to get into the “zone” and everything just worked.

“Normal mind.” In this mindset, you are calm and steady despite any outside emotions or forces. Calm, cool, and collected.

Fudoshin is the “immovable mind.” Disciplined and full of Self-control. Composure, yup. Patience, yup. Bullheade, maybe. This unbreakable or unshakable spirit is the state of fudoshin.  It is courage both mentally and physically.  Fudoshin is capable of receiving all attacks while remaining clam, cool and collected.

is said to be the Ultimate mindset. The spirit we all want to obtain. This heightend enlightment transcends all the other “Shin” states of mind. Sen (as in sensei) means “before” and can mind, heart, or even soul spirit.  Think of Senshin as the ability to balance all Shin and bring harmony to your universe.

SENSEI SAYS: Senshin is the name of the “Sophisticated Mind” brand of Sake. 😂😂😂

Stay tuned for an article on SHIN GI TAI (The unification of mind, skill, and body).

Often the term is described by the universe. Heaven (represented by a person’s mind), Earth (an individual’s skills) and Man (the body).

White belts in CommonSensei are learning how to set goals. Musashi said, “Do not waste time idling or thinking after you have set your goals.” ACTION. Ambitious goals help focus your energy.